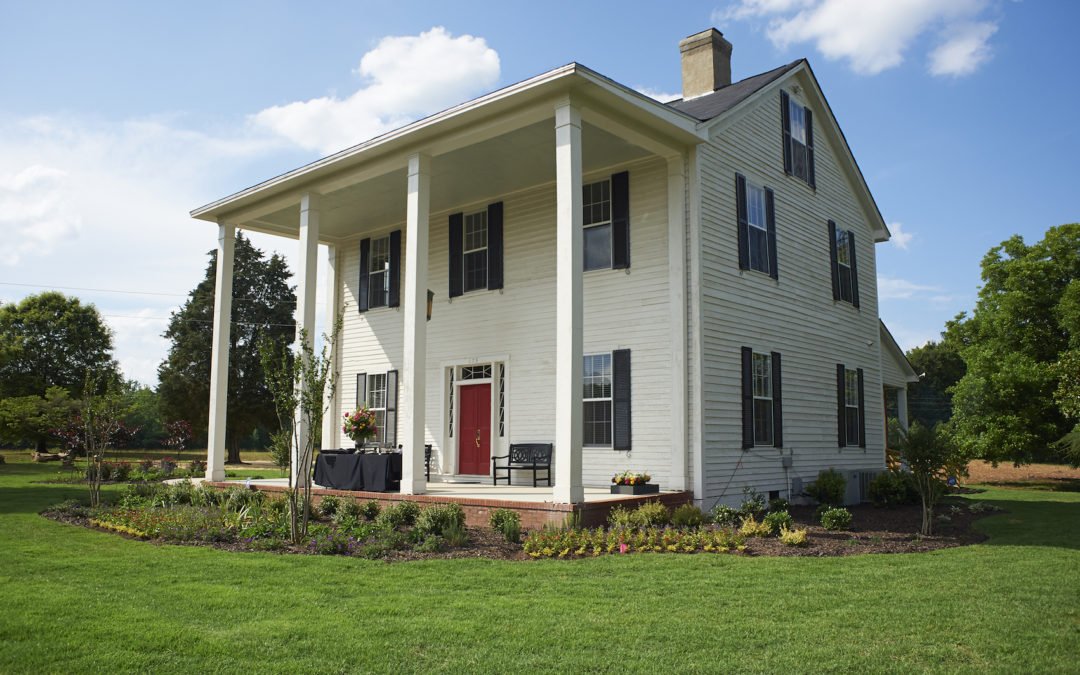 The McLean community located on Lake Wylie adjacent to Daniel Stowe Botanical Garden is adding a restaurant to compliment its neighborhoods currently under development. Seven Oaks Café will open in the historic John Davidson McLean house on Armstrong Road, a house that is on the Gaston County Historic Register and one that was renovated in 2014 and reopened early in 2015.

“Our team is thrilled with the idea of being a part of McLean and the opportunity to serve it and the great neighborhoods on both sides of the lake,” said Chad Hutcheson, owner of Seven Oaks Café as well as The String Bean in downtown Belmont another offering with a great following in the Lake Wylie area.

Hutcheson, his wife Katy, and his general manager Nate Helton have had their eyes on McLean for some time and were attracted by the character of the setting. Steven Hinshaw, development partner for McLean, proposed the idea of the café as an initial way to be a part of the community, and the idea was quickly adopted.

The new restaurant will serve breakfast and lunch in addition to providing takeout and delivery services. It will include outdoor seating in addition to its main dining areas. Vegetables grown in the McLean community garden will be a part of some of the dishes offered there.

The historic home housing the restaurant was known as Seven Oaks for many years. In addition to being home to John Davidson McLean and many of his descendants, the home was the site of The Plantation House antiques store for many years, a store owned by Daniel Stowe. The restaurant will take most of the bottom level of the house, which will continue to host an information center and the administrative offices for the McLean community that spans five miles of shoreline on Lake Wylie.